To strike or not to strike? A brief history of Iranian nuclear ambitions - and the frictions around them 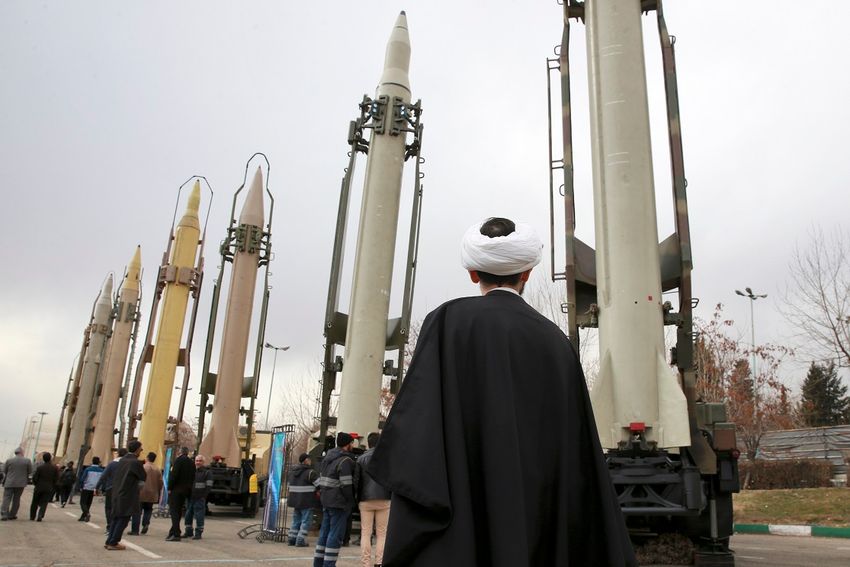 New York Times goes behind the scenes of the Iranian nukes drama, revealing secret pages of its history

A mock nuclear facility in America's desert southwest destroyed by a 30,000 pound bunker-buster bomb. US satellites spying on Israeli drones launched from Azerbaijan to spy on Tehran.

These are some of the dramatic moments in the history of tensions over Iran's nuclear ambitions, revealed by journalists Ronen Bergman and Mark Mazzetti for The New York Times. They interviewed dozens of officials as they set the stage for the latest frictions over Tehran's decision to scrap limits on nuclear R&D.

Stretching over more than a decade, the drama around Iranian nukes or their potential, goes a long way back, but fears first started to materialize for real in 2002.

Bush Era: No Time For Tehran

In mid-2002, a left-wing Iranian group known as Mujahedeen-e-Khalq, or MEK, revealed intelligence on two previously undisclosed nuclear facilities in Iran, Natanz and Arak. The exposure stirred up Israeli concerns about Iran, but the country's leadership was split on whether they need to be resolved militarily. Some, like then-Deputy Prime Minister Ehud Olmert, felt that the threat from Iran was overstated. In the other corner, a relentless Benjamin Netanyahu pursued what one of his top advisers described, cited by Bergman and Mazzetti, as "a personal crusade" against Tehran.

The Iranian nuclear power plant of Natanz, south of Tehran on March 30, 2005

During the same period, Washington was preoccupied with Iraq - first with the preparations for the war that saw Saddam ousted, and then with its aftermath. After accusing Tehran of what it described as an “across-the-board pursuit of weapons of mass destruction” in December 2002, it pursued the path of negotiations and sanctions. This did not change when Mahmoud Ahmadinejad was elected Iran's president in 2005 and went ahead to blast Israel with some firebrand rhetoric, stirring up concerns in Jerusalem.

The Bush era ended with George Bush cutting off Ehud Barak's lecture on the Iranian threat with a resolute "no" (or, at least, that is how the American side recalls the meeting). According to Barak himself, however, as cited by Bergman and Mazzetti, this "no" did not mean much regardless, because in 2011 Israel did not have a solid attack plan.

But the act may have proved more consequential. George Bush and Ehud Olmert arranged for more cooperation between Israeli and American intelligence services in their efforts targeted at Iran -- so close, in fact, that the authors quote one of Olmert's aides describing it as "total mutual striptease". This arrangement set the stage for the 2011 Stuxnet attack - one of the most famous cyberwar operations to date.

While the exact memories of the first meeting between President Obama and Prime Minister Netanyahu differ from person to person, it seems like there was little to no chemistry between the two off the bat. At the core of the friction, among other things, was the approach that the Obama administration has picked to Iran. Weary of getting dragged into another war in the Middle East and armed with the calculations suggesting that a comprehensive deal would be more efficient in slowing down Iran's alleged nuclear weapon program than a military strike, and thus, pursued under-the-radar negotiations with Iran.

US President Barack Obama(R) and Israeli Prime Minister Benjamin Netanyahu meet in the Oval Office of the White House on November 9, 2015

The veil of secrecy did not hold on for too long, however, but despite the efforts of a fuming Israel, the talks eventually resulted in the 2015 accord know as the Joint Comprehensive Plan of Action.

On a less conciliatory note, however, the period also saw the famous Operation Olympic Games - a joint CIA-Mossad effort to hamper Iran's nuclear ambitions through cyberwar rather than kinetic action. It was also the time when the US military devised meticulous plans for strikes against Iran, going as far as building a mock nuclear facility in a mountain and then destroying it with a bunker-buster bomb as a drill.

At the same time, Washington was so concerned about the prospect of an Israeli strike on Tehran that it spied on its own ally, its satellites gathering intelligence on Israeli recon drones launched from Azerbaijan to spy on Iran.

With the Iran deal in place to limit Tehran's uranium enrichment capacities, the sanctions regime that the country had been under for years began to fade. But not for long, as the new team came into the White House, its rhetoric on Tehran full of fire and fury.

While Trump's campaign narrative on Iran was quite a firebrand one, it was not until May 2018 when Trump actually announced that the US was withdrawing from the Iran deal - or the "worst deal ever", as the US president repeatedly puts it.

The withdrawal came amid efforts on re-negotiating in a way that would prevent Iran from projecting power in the region through proxies like Hezbollah, effectively torpedoing the talks with the European powers. The announcement followed Netanyahu's presentation revealing troves of intelligence on Iran's nuclear aspirations gathered by the Mossad in an ambitious operation.

As the ties between Israel and the US were mended, the tensions in the region escalated on the back of an ambitious vision of a Middle East dominated by Sunni kingdoms, quite belligerent towards Tehran, and Israel. While European powers tried to salvage the deal by setting up trade mechanisms that would allow them to circumvent US sanctions, these efforts are yet to materialize in something more or less large-scale.

Following a string of attacks on oil tankers in the Strait of Hormuz, which the US blames on Tehran, in late June, the US military was reportedly just hours away from attacking Iran. However, President Trump decided against the operation, much to the frustration of the hawks in Washington and Jerusalem. The upcoming elections that the Israelis are set to cast their votes in this September makes things ever more complicated, as Netahyahu seeks to rely on his chemistry with Trump.

On the American side, the upcoming 2020 vote is also seemingly beginning to play more of a role in Trump's calculus, including that on the relations with Israel. In a recent inflammatory remark, President Trump questioned the loyalty of Jews' voting for Democrats to both Israel and their own nation.

Not to strike okay

was Obama a wear
(Quote) (Likes)