John Ratcliffe is the least-qualified director of national intelligence in history—and a staunch partisan as well. 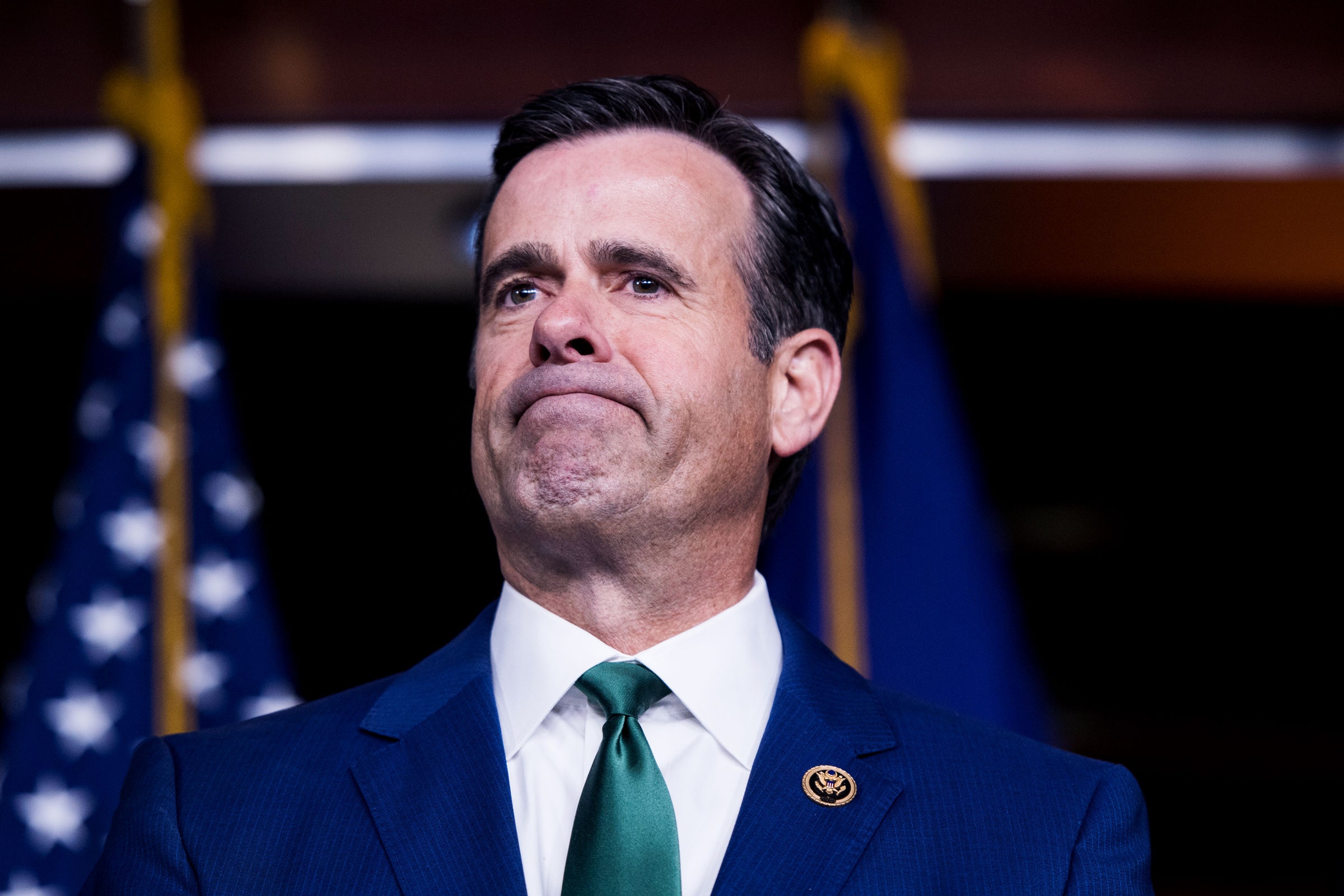 AMID THE CONSTANT onslaught of troubling headlines that is daily life under the Trump administration, it’s hard to know what’s more dangerous: The confirmation of John Ratcliffe to be the director of national intelligence—or what comes after it?

Perhaps the clearest sign that three-term Texas congressman Ratcliffe is manifestly unqualified to serve as the nation’s director of national intelligence isn’t the fact that he embellished his résumé, nor that only a minority of the US Senate would vote to confirm him, nor that the first time he was floated for the post last summer he was so soundly rejected that he withdrew almost immediately.

Instead, it’s that years before just 49 senators of the 116th Congress—all Republicans—voted to confirm him last week as the head of the nation’s 17 intelligence agencies and the president’s top intelligence adviser, the 108th Congress tried to stop a man like Ratcliffe from assuming that very role in the first place. They wrote into the law that created the job, 50 US Code § 3023, “Any individual nominated for appointment as Director of National Intelligence shall have extensive national security expertise.”

A quick résumé reel of Ratcliffe’s predecessors makes clear the yawning chasm of experience between him and the five men who have held the role. The first DNI—confirmed by the Senate 98–2—was a career foreign service officer, a former staffer on the White House National Security Council, a four-time ambassador, and had just wrapped up four years serving as the ambassador to the United Nations and the US envoy to Iraq after the 2003 invasion. The next, confirmed by a simple voice vote, spent 30 years in naval intelligence, was a vice admiral, the head of intelligence on the Joint Chiefs of Staff during Operation Desert Storm, and head of the National Security Agency. The third, confirmed unanimously, was also a Navy admiral, Rhodes Scholar, lifelong intelligence officer, veteran of two White Houses, associate director of the CIA, and the one-time head of Pacific Command.

Trump is always in the news for the wrong reasons.

They should please shelve trouble at this time.

It's not a small trouble o

Trouble can be prevented

That's his problems hot mine

I'm going to try make sure

For nothing coming for the mains like it goes down

They shoul do so

Trump should be embraced himself

What is happening in Nigeria

See The Worlds Biggest And Most Beautiful Ship, Its More Developed Than Some Cities Around The World Read More

See the world biggest and most beautiful ,its more developed than some cities around the world Read More

The biggest and beautiful ship in the world Read More