Best Footballers In Real Madrid Of All Times.

Real Madrid have been blessed with some of the greatest players ever to don a pair of football boots so, as you can imagine, picking their best ever top ten was no easy task.

Los Blancos have won the European Cup a record 13 times, are one of the most decorated football clubs on the planet and were even named as FIFA's team of the century.

So you can only start to imagine the number of stars who have passed through the doors of the Santiago Bernabéu over the years.

It means there are a few noticeable absentees from the shortlist, so before we get underway with '90min's Real Madrid's 10 Best Players of All Time,' time for some honourable mentions:

Right, now with those out of the way, let's crack on with the top 10.

Legendary ​Real Madrid skipper Hierro was a rock at the back for over a decade in the Spanish capital and played over 600 times for the club.

Arguably, his finest moment came in the 1998 ​Champions League final, where Hierro silenced ​Juventus' Alessandro Del Piero for the entire game as Real ran out 1-0 winners.

Hierro would lead his side to two more European titles during his time at the Bernabéu, but perhaps more impressive were the 147 goals that he accumulated from defence - not bad going for an old-fashioned centre half.

Gento, affectionately known as Paco, was a serial winner and the legendary number 11 became one of Real's most decorated players.

He featured in eight European finals, over three decades, for Los Blancos and was on the victorious side on six occasions - and is still the only player to ever win six European Cups.

But Paco's achievements don't stop there. His trophy cabinet must be practically bursting as he claimed no less than 12 La Liga titles with the great 1950s and 1960s Madrid sides. 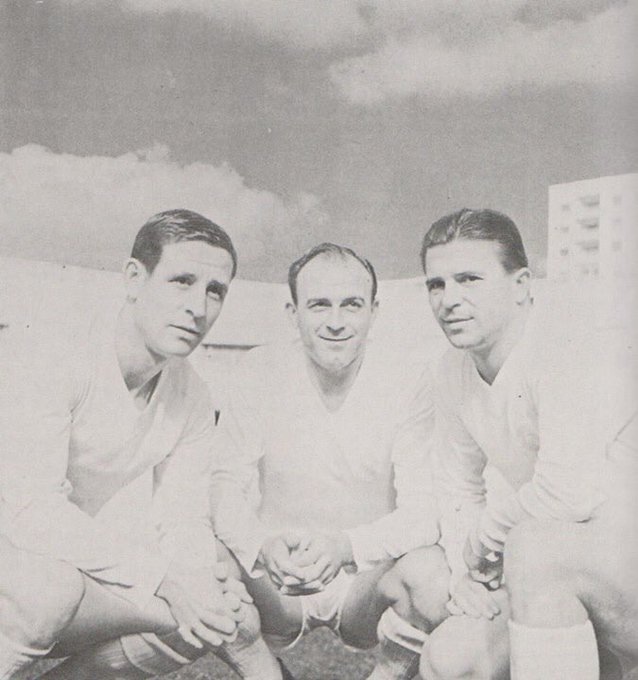 Kopa became the first-ever Frenchman to be crowned European champion when he played in Madrid's 2-0 victory over Fiorentina in 1957, shortly after he received the Ballon d'Or.

The triumph over the Italians was the first of three consecutive European titles that Kopa would go on to win during his short yet successful three-year stint with Madrid.

'Little Napoleon', as he was christened by renowned Madrid-based publication Marca, struck up a great partnership with Ferenc Puksás in attack and scored 24 goals in 79 games from the number 10 role.

Another Ballon d'Or winner, Modrić received the accolade in 2018, the same year that he completed his own hat-trick of consecutive European successes with Madrid.

The diminutive Croatian has been Real's creative cog in midfield since 2012 and has established himself as an artisan on the world stage.

Perhaps surprising he has only one La Liga title to his name, but his four Champions League triumphs make up for it - and he will be remembered as a modern-day great in the Spanish capital.

Ramos has ripped up the manual when it comes to the blueprint of a stereotypical centre-half, redefining the role since moving to the Bernabéu from Sevilla in 2005.

Real's charismatic leader has scored in every one of his 15 seasons with the club and his 90 goals for Madrid have coincided with four ​La Liga triumphs and four Champions League winners medals.

The defender is a natural-born winner and definitely wears his heart on his sleeve - perhaps demonstrated by his record of being the most carded player in Spanish history.

Raúl was unquestionably the greatest goal scorer to ever don the white of Madrid, until a certain Cristiano Ronaldo came along (more about him later).

But even so, the Spaniard is still revered as one of the greatest ever to play for Los Blancos, and his signature kissing of the finger celebration was seen on no less than 323 occasions.

A Real icon, he was an inspirational captain, a shining example to anyone who took to the field and his goalscoring feats were rewarded with six La Liga titles and three European Cups. He also holds the record number of appearances for the club, featuring a staggering 741 times.

Annual reminder that Hugo Sanchez might be the most underrated player in Real Madrid history -- dude put up 35+ goals in four straight seasons, hit the 40 goal mark twice, and his era is called "Quinta del Buitre".

A Mexican striker widely known as a showman, with a forward with a penchant for the  spectacular, Hugo Sanchez was something else.

Sánchez's afro was eye-catching enough but he endeared himself to the Real faithful with his acrobatic volleys and exuberant goal celebrations. The forward is one of the most prolific to ever grace the hallowed turf of the Bernabéu and bagged 208 goals in 282 matches in an era which saw him win five Spanish league titles.

Staggeringly, some view him as underrated - which is mad when you watch some of his highlight reels.

The only player in the footballing history to win the "Super Ballon D'Or" : 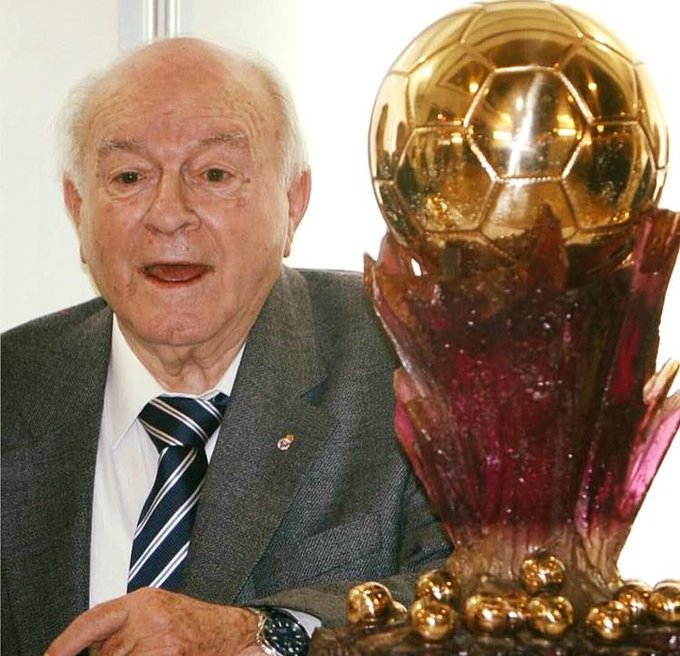 “People argue between Pele or Maradona. Di Stéfano is the best, much more complete.” - Pele.

“The most complete footballer in the history of the game.” - Eusebio

High praise indeed. Di Stéfano truly is regarded as one of football's greatest ever players and is the only ever recipient of the Super Ballon d'Or, which was awarded to him in 1989.

He is Madrid's joint highest ever goalscorer in El Clasico alongside Cristiano Ronaldo, notching 17 goals against ​Barcelona and in his 11 years with Los Blancos, he was an eight time La Liga winner.

'Pancho' has been dubbed the best-left foot to ever play in the famous white shirt (sorry, Gareth Bale) and the Hungarian would often dazzle madrileños with his silky skills.

Incredibly he arrived in the Spanish capital at 31 years old but showed that age was simply a number as he racked up startling figures of his own - 242 goals in 262 games.

The portly striker's extraordinary goalscoring touch helped Madrid to three European crowns and five La Liga titles. Such was his knack for finding the back of the net, FIFA posthumously named their best goal of the year award after the hot-shot Hungarian in 2017.

Who else but Cristiano Ronaldo to rounds things off?

In spite of the true greats that have represented Real, CR7 stands head and shoulders above them all with his five Ballon d'Or wins holding him aloft.

The man is simply not human. He scored more goals than games that he played for Madrid, an astonishing 451 strikes in 438 games.

He broke every goalscoring record imaginable and although the Ronaldo v Messi dispute will rage on for eternity,  there is no arguing that the Portuguese is numero one when it comes to Real Madrid.

They are all good

Ronaldo is the best

Ororo really did exploits in Madrid

VDU 5th or something that I don't want 2

I know Cr7 must be there

Na so im be ooo

Ronaldo is d best of all time

Rinaldo is my role model

Ronaldo is the best

Love all of them

But my favorite is Ronaldo

Ronaldo is a GOAT

I love my ororo