A necklace bearing a similarity to an inverted cross, worn by Melinda Gates, has stirred a hornet's nest with many accusing her to be a Satanist besides reigniting the controversy theory related to the couple's role in coronavirus pandemic. Both Bill Gates and Melinda Gates, who have been the most outspoken public figures involved in the fight against the coronavirus pandemic, have remained in the thick of controversies related to the global pandemic.

In April, conspiracy theories linked the Gates couple with the pandemic with many claiming that Bill gates had prior knowledge of the pandemic. In yet another, rumors about the philanthropist trying to insert microchips in human beings under the garb of COVID-19 vaccine also emerged.

What Caused the Controversy?

The controversy related to a necklace worn by Melinda Gates erupted soon after she appeared during an interview on NBC News' Today Show. Dressed in a pink top, Melinda, who spoke at length about coronavirus situation in the US and criticized the Trump administration, wore a necklace that appeared like an upside-down cross. 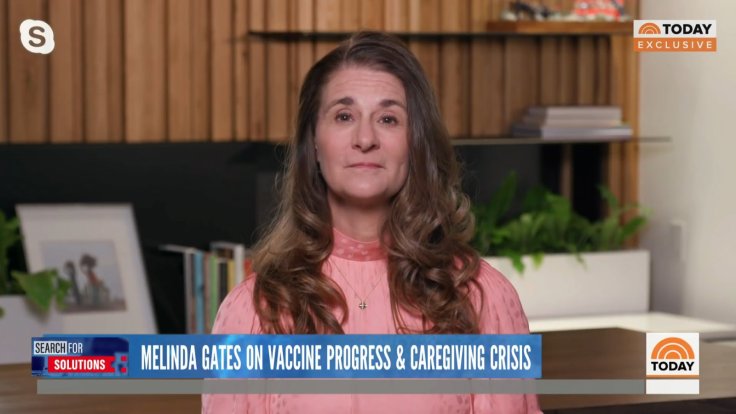 Quick to jump the guns, the conspiracy theorists lashed out at Melinda alleging that the necklace showcases Gates' insulting the Christian faith by showing their allegiance to Satan. In a viral Facebook post, Serene Jordano called Melinda evil who went on to 'show her satanic upside down cross around her neck' on national television.

A what dose that mean?

What does that mean

We know your husband

Is it ur wearing?

This is an agent of the anti-christ

Why Is it upside down

thats her choice of wearing

Should I go and remove the necklace from her neck?

This is fashion, anybody is a custom to whatever he or she wants.