Banditry will soon be over in Katsina ― Police DIG Ali

Banditry will soon be over in Katsina ― Police DIG Ali 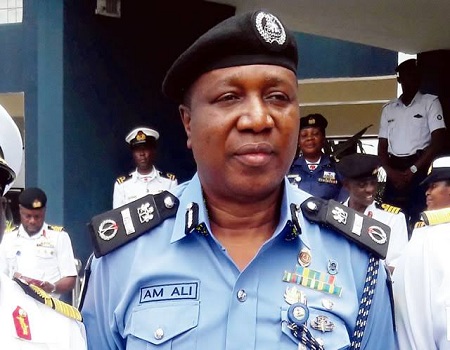 Piqued by the incessant activities of bandits in Katsina State, the Deputy Inspector General of Police, Abdulmajid Ali has said banditry in the state will soon be over.

This was even as he said the Federal Government is determined to end activities of bandits in the country.

Ali stated this while addressing a Joint Special Force comprising of the Police, Army, DSS and NSCDC deployed to Katsina to tackle the activities of the bandits in the state on Tuesday.

“I am here on behalf of the IGP to encourage our officers and men as well as the military, NSCDC and DSS on the task ahead.

“This a special joint operation which to me is long overdue but we are working together until the recent incident in Katsina that called for this action. 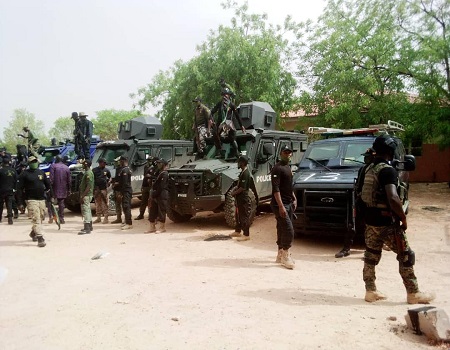 A cross-section of mobile policemen sent to the state

“We can’t actually give a time frame for this operation but it is an operation that would not last for long.”

The DIG further stressed that the previous measures taken was done individually but this, time around, is a joint operation that involves all personnel and they are coming out with all their arsenal to crush the bandits.

“We want to promise the people that the operation is going to be successful Insha Allah. We require quick information from the people so as to quickly react, the bandits are not masquerades but people that are living with us. So once that is done, Katsina State will bounce back again.”

YOU SHOULD NOT MISS THESE HEADLINES FROM NIGERIAN TRIBUNE

COVID-19: Notorious Oyo Company Produces 19 New Positive Cases
A company in Ibadan again, on Monday, produced 19 COVID-19 cases after producing 30 on Saturday and eight on Sunday. It has, thus, produced a total of 57 COVID-19 positive cases. The Oyo State Governor, Seyi Makinde, disclosed this in a statement on Monday… Read full story

We Won’t Relax Ban On Religious Gatherings For Now Despite Pressures, Says Makinde
Oyo State governor, Seyi Makinde, on Monday said despite pressures from various clerics on the state government to relax ban on religious gatherings over the coronavirus pandemic, the government has no plan for now to relax the ban. According to the governor, based on the expert advice which indicated that transmission… Read full story

Infectious Disease Bill: Bill & Melinda Gates Foundation Denies $10m Bribery Allegation In Nigeria
Country Director of Bill & Melinda Gates Foundation in Nigeria, Dr Paulin Basinga, on Monday, denied allegations over the $10 million bribe purportedly given to the leadership of Nigeria’s House of Representatives. Dr Basinga stated this at the opening of the investigative hearing held at the instance of the Special Ad-hoc… Read full story

For taking hydroxychloroquine against coronavirus, Trump is governing by witchcraft, says China

PHOTOS: FCT officials seal off hotel for allegedly hosting party attended by many…

More power to u Dig Ali

Over soon layer that now

It has really been long overdue

I don't see that stoping now

Have a nice sleep

Let's pray so, that will be great

Are you kidding or been serious

Good for them oooo

nah so dem talk am

Let it be over

We hope such should happen

I pray so oo

What salt can do to a snake Read More

The 7 Best Air Purifiers For Your Home Read More