Woman suddenly gave birth to baby while in toilet, But baby fell face down into toilet and drowned

The Missouri highway patrol and Kirksville police jointly arrested a woman in northeastern Missouri on Friday afternoon local time, according to US media reports. 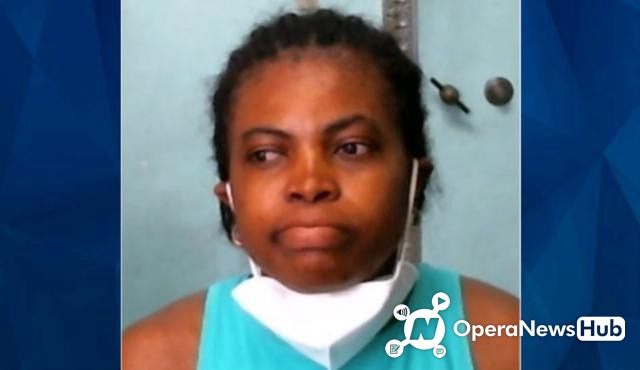 Makuya Stephanie kambamba, 28, gave birth to a baby boy when she went to the toilet. According to reports, the baby fell directly into the toilet face down, and then she left the toilet to drown her newborn son alive in the toilet.

According to court documents, Makuya told police after her arrest that she was struggling to see her son fall face down into the toilet water after giving birth. Then she sat back on the toilet because of the pain of the contractions after childbirth. After resting for a while, she left the toilet. She never looked back at her new baby.

About 30 minutes after marcuya left the toilet, another staff member went into the toilet and found the child in the toilet. The staff immediately called the police and asked people to try to remove the child from the toilet, but the child had no breath at that time.

This is so bad

OMG why would she do that!. Why would you even suffer all the pain and give birth to the child and abandone the child. Better still get rid of it immediately you find out if you don't want to keep the baby. This is really unfair

Don't she feel any contraction?

What is going on. Things are happening why.
(Quote) (Likes)
Olonade Kayode Taiwo

This is very bad

Hmm why did she do that

What is happening too bad to believe

Chai thats a bad news, I feel sorry for the woman. May God protect all expectant mothers.

This woman must be wicked to do that

That. So bad to hear

OH MY GOD! Many Feared Dead In Fatal Accident On Otedola Bridge In Lagos Read More

Coronavirus: Why Africa has least cases, deaths in the world – WHO Read More