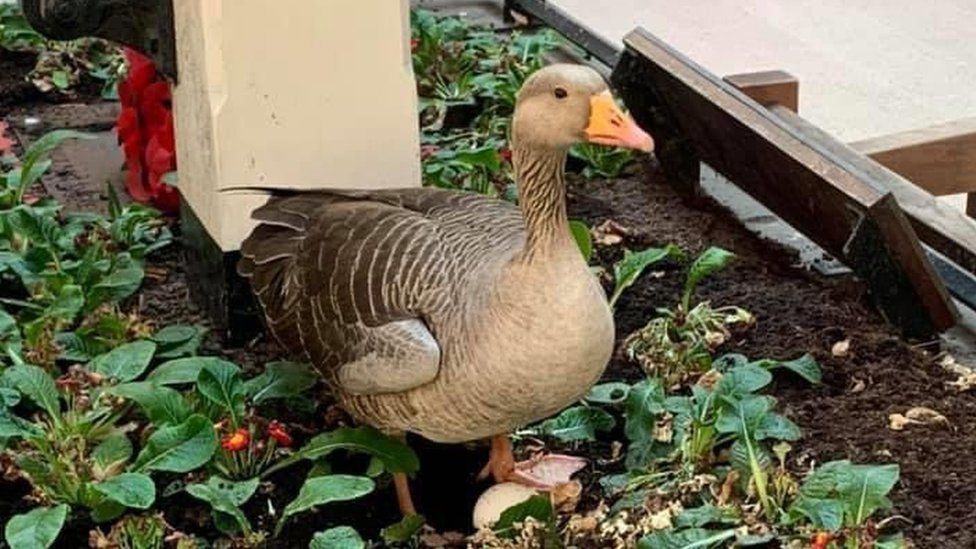 Image captionMother Goose has taken up residence at the station

A goose which has moved into a flower bed at a now quiet railway station has captured "hearts and minds," according the station operator.

Railway staff thought she had moved on when they did not see her for a day or so but she has since returned and has laid four eggs in total.

Staff have been posting videos of her daily activities online.

The station has fallen quiet due to government restrictions on travel that may have attracted the goose to move in.

Greylag and Canada geese are common sights in York and the city is home to about 500 such birds, according to York City Council.

London North Eastern Railway (LNER), which owns the station, said it was thrilled.

"It's such a gorgeous, gorgeous story and we all need a bit of this in our lives at the moment," said LNER's director of communications Kate McFerran.

"She came in two weeks ago and had a bit of a look around and she's made herself very much at home in the flower bed." 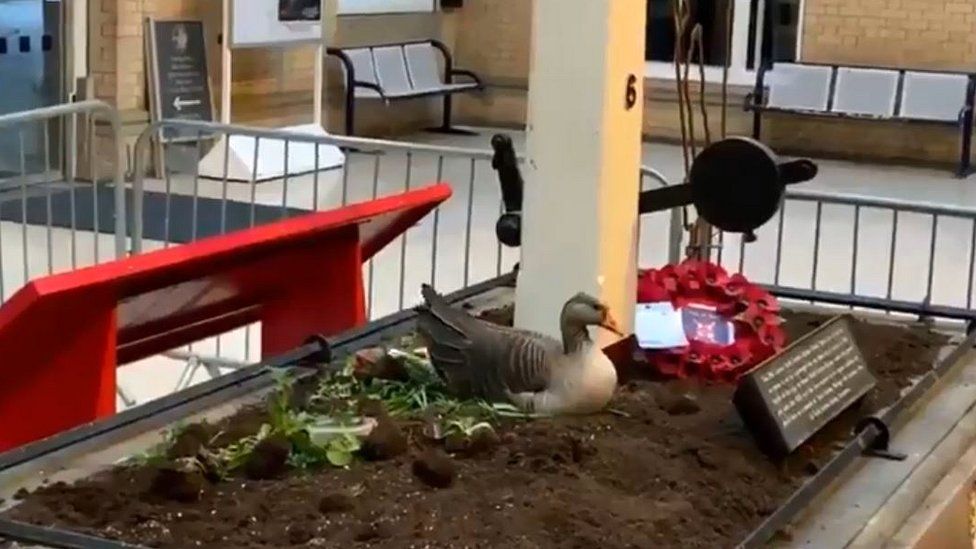 Image captionMother Goose appears quite happy with her new home

Ms McFerran said staff were putting food and water out for her and had placed some fencing around the flower bed for safety, but she was "very well behaved".

She said said their #GooseCam posts on social media showed her patrolling the railway station, sometimes with a companion, and looking after her eggs.

"It has made the news in Australia, in India, and all across the world. She's really captured hearts and minds."

Ms McFerran said she hoped that when the eggs hatched people would contact LNER with name suggestions for the goslings.

Hmmmm shi can do

So what should we do then

So much great work

it's not as bad as we think

Wow she is cute

What a caring mother goose

But what is his

People most be comfortable with Agriculture provision Read More

How to grow maggot for fish Read More

Agriculture is the MainStay of our economy Read More

Vegetables farming that can earn you money Read More