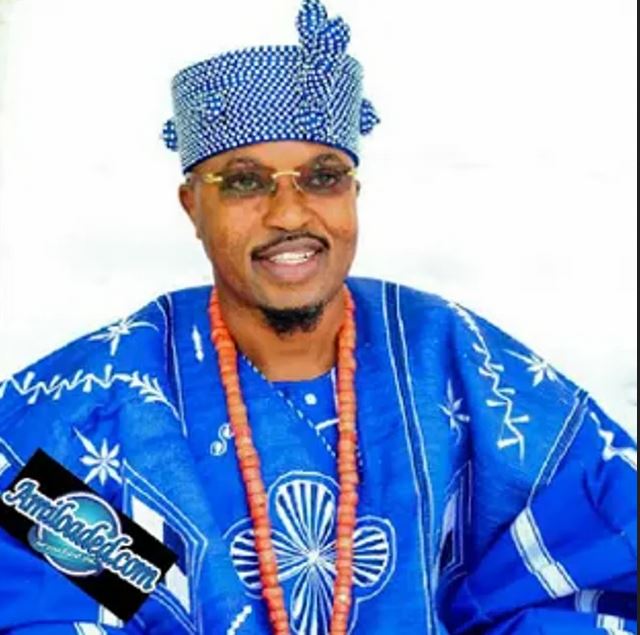 The Oluwo of Iwo, Oba Abdulrasheed Adewale Akanbi has issued a "spiritual warrant of arrest" for the deadly coronavirus.

In a video shared on Instagram, the traditional ruler made some proclamations regarding COVID-19.

He followed this with a text where he said he has "pronounced the arrest of the deadly virus through his office with the ultimatum of 16-day for the menace to vacate the world."

He recalled how he prayed for President Muhammadu Buhari when he was sick in 2017. He said he "arrested Buhari's sickness when he asked the sickness to come to him" and in this way, he will arrest the Coronavirus.

He said in a statement accompanying the video: "The spiritually inclined Oluwo of Iwoland, HIM Oba (Dr.) Abdulrosheed Adewale Akanbi, has issued traditional warrant of arrest to the dreaded coronavirus plaguing the world.

"Oluwo, who is well known for his spirituality, has pronounced the arrest of the deadly virus through his office with the ultimatum of 16-day for the menace to vacate the world.

"He opined the virus has done a lot of damages to the world's economy and wasted lives, noting the onus is now on those believing in one God to seek divine intervention that could nip the menace in the bud.

"Oba Akanbi stated he was disturbed with the magnitude of destruction the virus has invited to the world and her people, saying he would use his spiritual office as a first class paramount ruler to castrate the virus and make it impotent.

"Oba Akanbi noted only God could arrest the spiritual virus and called on those who belief only in HIM to seek HIS face to arrest the deadly virus.

"He further disclosed his palace as the House of God on earth devoid of idolatry, stating such uniqueness has given him the license to stand for his subjects and arrest their worries.

"He describes his office as holy with unique status before God who answers every of his request through his unquestionable power. He affirmed clean palace of no idols as the most credible House of God on earth while anyone on such a throne as true shadow of God on earth. He reiterated his position as Commander of Deities, saying he could intercede for his subjects to arrest their deficiencies.

"It could be recalled that Oluwo has earlier prayed for president Muhammed Buhari during his sickness as publish in major newspapers on August 31st, 2017. Then, Oluwo arrested Buhari sickness when he asked the sickness to come to him. He believes God is the king and only God can cause this kind of calamity that knows neither the President nor the world powers." 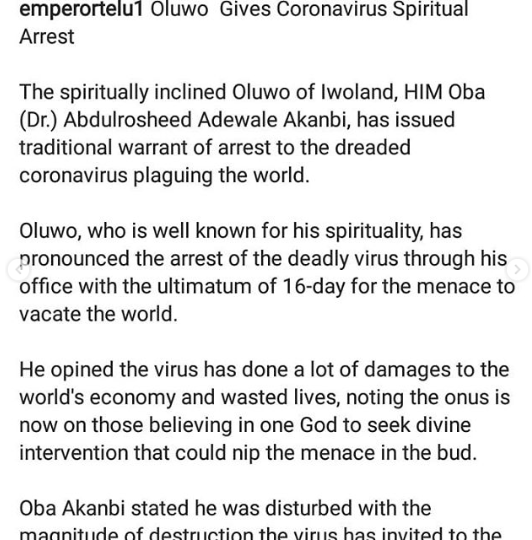 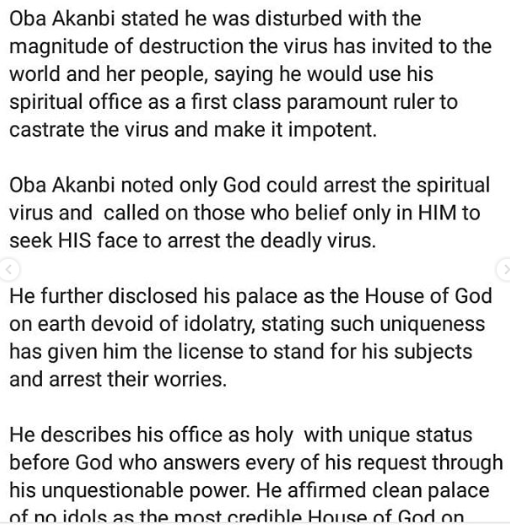 Watch him speak in the video below;

well nigerians we can joke alot

Video of Oluwo of iwo

Gud sir I am not hhhhhhh

Go and sit down