Do you think DNA is needed here 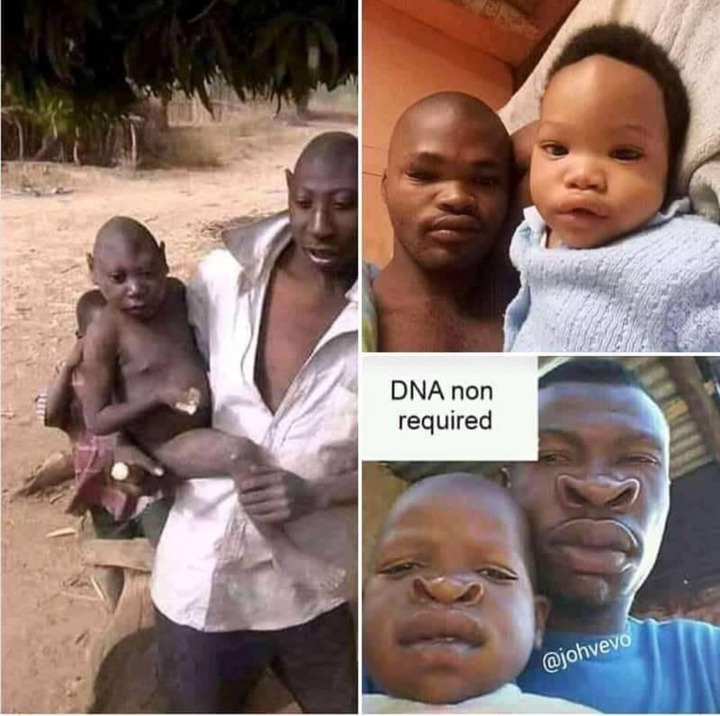 The case whereby a couples will be fighting over the possibility of a child been born by them is increasingly everywhere. Just recently there was one man who accuses his wife after they got an ugly child, suggesting he most not be the father of such child.

All of those cases mostly led to DNA test, to testify who the real parents of the child are. These all suspicion will not be brought up if the child resembles either the father or his mother.

The people from the above picture and there children respect the saying of 'Like father like son', no body will ever argue with the connection of those children to their parents.

I used these pictures to proved that resemblance is a blessing for both children and their parents. To parents it will help in preventing accusations and lack of belief among them and to the children it will gave them the freedom of growing up with their parents. We respect our looks and nature, every person has his owned drawn line to follows.

For me there's no any DNA needed here at all

Here is d real one fah

DNA are not needed

DNA is most likely not even needed here

Thanks for letting me know about it

Which is the real one

lol it is not needed

No need for DNA

Lol non they no need am

The case is from birth

Do This And Your Partner Will Never Cheat On You!! Read More

The meaning of love Read More

The pill that FIXED MY HUBBY'S ED And how our sex life is back from the Dead!!!! Read More