Watch: Over 9000 Fans Of Donald Trump Worship His Six-foot Statue in India 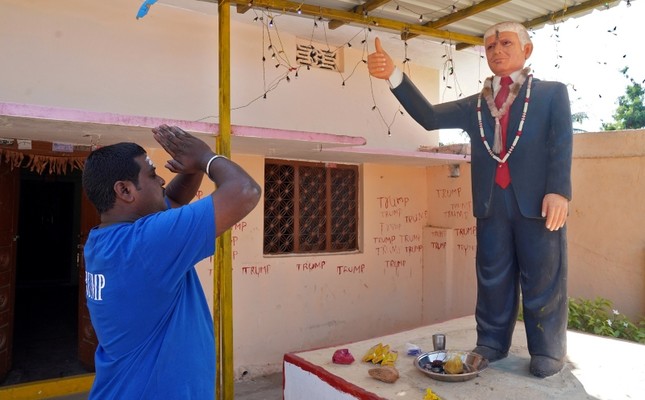 For many, the president of the United States Donald Trump is a man you either love or hate.

The love that some of Trump’s fans have for him is so great that they have begun a form of hero-worship.

A report by Reuters has it that India’s Trump superfans gear up for his arrival on Monday with statutes and images of Trump being worshipped and honoured.

Libations and prayers are offered to the populist president’s photos as they await his arrival for his two days visit to the country.

One of such worshippers of Trump is Bussa Krishna, an Indian real estate broker who has transformed his modest home into a shrine to the U.S. leader.

Krishna first began worshipping Trump four years ago when the U.S. president appeared to him a dream.

Krishna’s devotion to Trump is so great that he erected a life-size statue to Trump in his yard in the southern state of Telangana. His walls are scrawled with the leader’s name to the annoyance of his extended family.

Speaking about his love for Trump, Krishna tells Reuters:

“My love for him has transformed into reverence. That has given me immense happiness. Hence instead of praying to other gods, I started praying to him.

“I am facing difficulties because of my relatives,” Krishna said. “They tell me that I am disgracing them in society. I told them that just like you believe and worship Shiva, I believe and worship Trump. Neither of us can stop the other from doing so.” 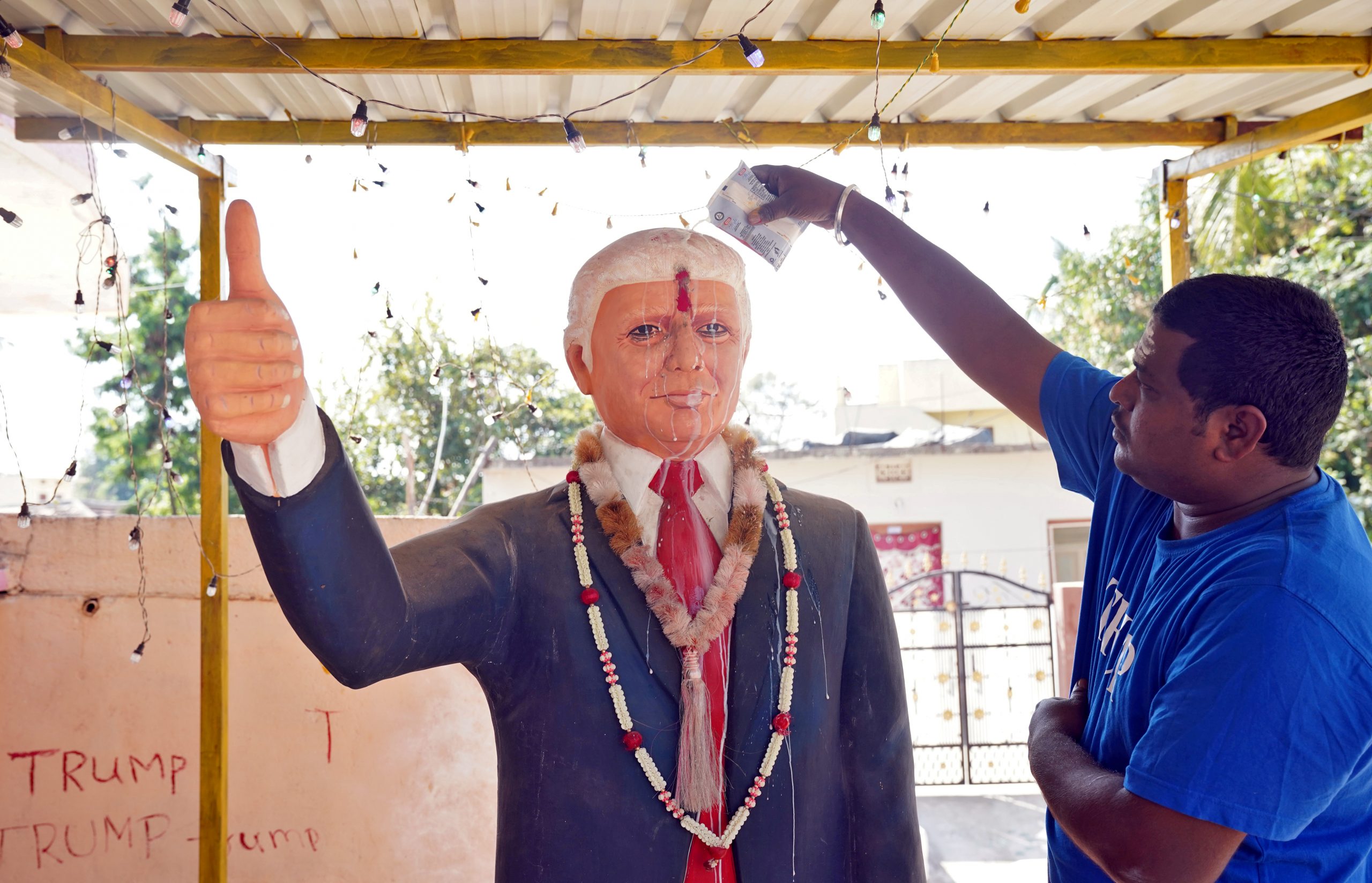 Krishna is not alone in his Trump worship as in New Delhi, members of the Hindu Sena, a right-wing fringe group, have begun rehearsing a welcome song in his honor.

Its members say Trump shares their hatred of Islamic extremism, and it has drawn attention for boisterous celebrations of his birthday, including pretending to feed cake to photos of his face.

“We like Donald Trump because he openly spoke about India’s feelings,” Hindu Sena leader Vishnu Gupta told Reuters. “…He openly said that he would eliminate Islamic terrorism from its roots, that is why I am his fan.”

India is not the only place there is a reverence for Trump as The Guardian reports that large numbers of voters across rural Wisconsin flipped from supporting former US president Barack Obama to Trump.

Pastor Franz Gerber, a preacher at the Praise Chapel Community church was among those who voted for Trump but he now regrets his vote because he is worried that so many members of his congregation appear to idolise Donald Trump more than they worship Jesus.

He is disturbed about the unquestioning and even aggressive adulation for Trump within his flock.

“It seems like there are many evangelical Christians that are willing to die on the hill of supporting the Republican president, supporting Donald J Trump. And to me, that hill is not worth dying on. No matter who the candidate is, no matter who the individual is. To put all your hope into that individual is a dangerous road. Scripture would warn us against that.”

Indians can be funny ehn

Hmmmm what nonsense is DAT