Twitter Stories: Man Recounts How His Friend Was Dumped By A Lady He Trained In School For A Car Electrician 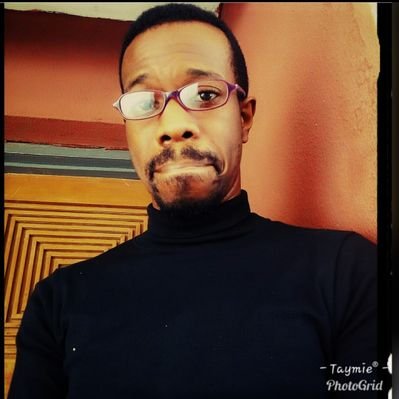 A Twitter user took to the platform to narrate how his friend got dumped by a lady he trained in school, for a car electrician (rewire).

The Twitter user revealed that asides training the lady in school, his friend bought her a car after she graduated and also rented a 2 bedroom flat for her.

@maxvayshia disclosed that his friend was shocked to see the wedding introduction photos of his girlfriend who insisted on a "no-sex" relationship. He also revealed that the lady who is already 3-months pregnant, told his friend to move on as she never begged him for all he gave her.

Read the tweets below; 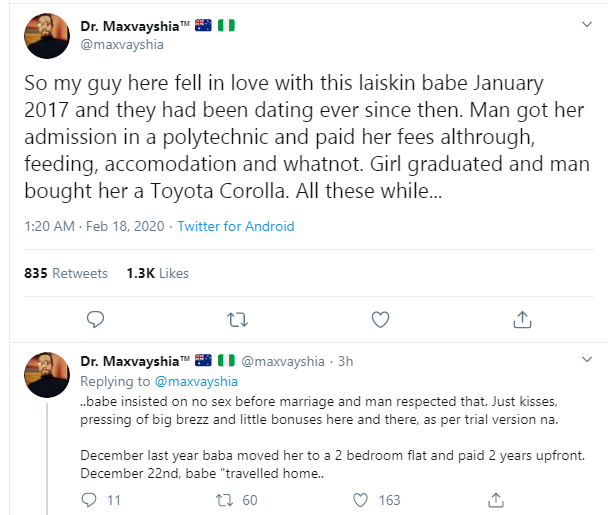 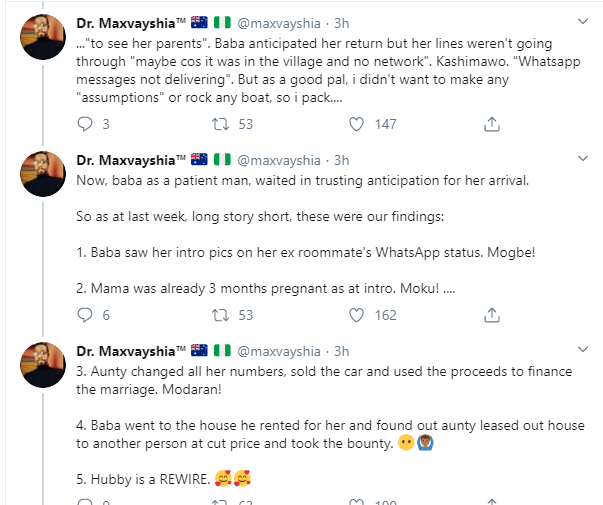 This is very bad o

Uhmmm let me geT some tea to rest  these twitter stories

He is dumped with her hmmmmmmmmm

This is very bad o

That's ladies for you

Ladies they never seize to amaze us

Thanks again and I look for her and

he is not a good friend

I like to congratulate him. A good lesson for the yonger generation of boys.

Many guys fall for this

Coronavirus: Prove to Nigerians that you are well, in charge – Fani-Kayode tells Buhari Read More

Has Lagos Imposed Curfew On The State Over Coronavirus? This Is What The Gov't Is Saying Read More