4 Scariest Pet That Are Actually Own 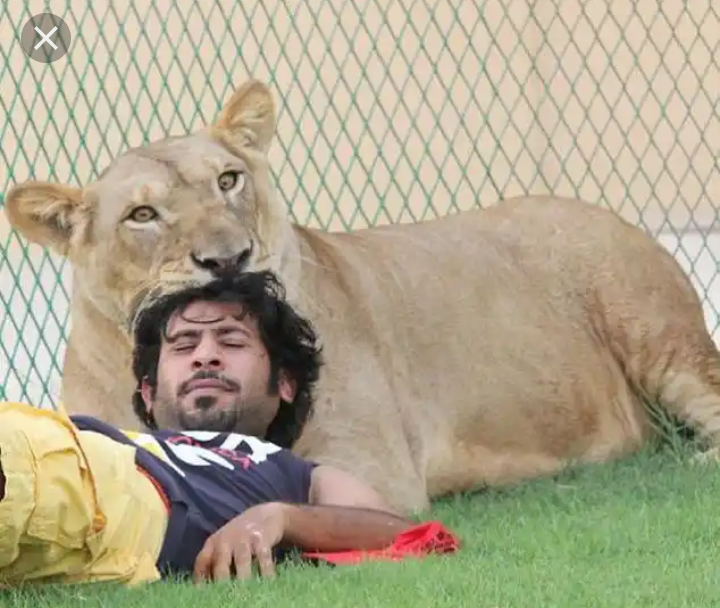 4,Lions and Tigers: Humaid Abuqaish is a billionaire playboy living in the United Arab Emirates, he likes to collect exotic animals as pet he has cheetahs, flamingos and many other exotic animals in his backyard. With over 836,000 followers on instagram, he feeds them videos of him and his pets

3,Alligator: A Florida woman named Mary Thorn has a pet alligator he named Rambo,in 2016 Authorities tried to claim the alligator from her and took over possession, but for 6 months, Mary fought legally for the right and regain it's possession,not minding the fact that the gator is over 16 feet long and over 1000 pounds, she rescued the animal eight years ago ever kept it as a pet

2,Grizzzly bear: Caisy Anderson, founder of Montana grizzly encounter, found and welcomed a 800 pound Brutus into his home, Anderson found Brutus from birth and nurtured him into a 800 pound big boy he is today, Brutus actually acted as a best man when Anderson got married in 2018

1,Polar Bear: Aggie the Polar bear, is a pet to owner Mark Dumas, they bathe together, sleep together sleep and sometimes even though the Polar bear weighs around 350-700kg and also considered one of the top ten dangerous animals on earth, considering they are the largest meat-eater animal on Earth

That At is wonderful

Wow that is good

He is out of his mind

I wouldn't dare it

That is not fine

thank God say I don't do them

This man get mind o

Am in love with this like seriously so sweet

Why Do You Want To Spend Money On IPPIS When UTAS Is Free? ASUU Ask Fg Read More