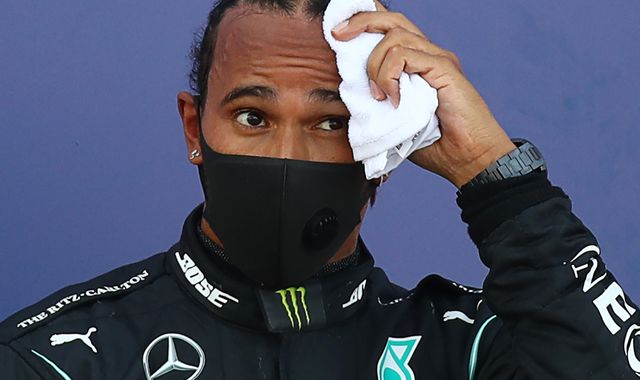 Hamilton: "I'm pretty sure no one's got two five-second penalties for something so ridiculous before."; But was ruling fair?; Reaction from frustrated title leader, plus Mercedes and Sky F1 pundits

Lewis Hamilton has slammed his penalties at the Russian GP as "ridiculous" and claims Formula 1 stewards are "trying to stop me" after finishing third behind Valtteri Bottas and Max Verstappen on Sunday.

Hamilton was handed two separate in-race 5s penalties in Sochi for a pre-race infraction, with the Englishman penalised for carrying out practice starts outside of the designated area in the pit-lane set out by the FIA.

No body should stop you oh go ahead

This article is short

Nobody can stop You

They shouldn't do that

he is suffer for corona

No one should stop

Lew is for life

They can't stop you

Boss no mind them

Becareful it's not easy

No body should stop you oh go ahead