Where Are The Jobs? Ize-Iyamu Challenges Obaseki On Job Creation Claim 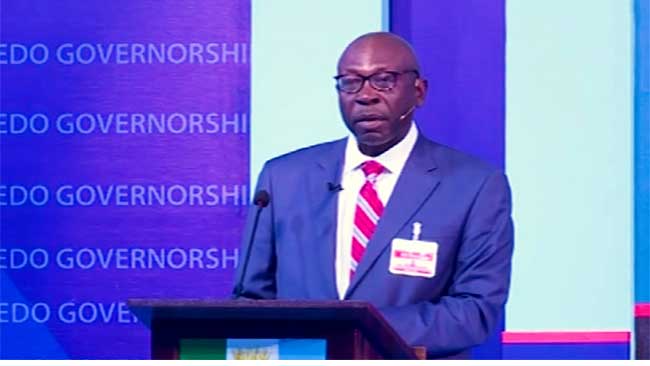 The governorship candidate of the All Progressives Congress (APC) for the Edo State election, Osagie Ize-Iyamu, has faulted Governor Godwin Obaseki on his claim on job creation during Sunday’s governorship debate.

Ize-Iyamu, reacting to a claim by Obaseki that his administration had created 157,000 jobs so far, accused the governor of getting his facts wrong.

“I am sure he is not going to misplace the appointments he is making now as jobs,” Ize-Iyamu said during the debate in Benin City.

“I know in the past one month, he has appointed over 2,000 people as SSA s on social media and the rest of them.

“Those are not jobs. When you say you have created jobs, in what area? We know for example that there is a glaring vacancy in the teaching profession and every school we went to, they practically had no teacher,” he said.

Governor Obaseki, while defending his performance in the area of human capital development had said, “At the onset, I promised to create a minimum of 200,000 jobs within a four-year period.

“Just before COVID-19, we had created both direct and indirect jobs for Edo people as much as 157,000 jobs.

Where are the joba oshomole created

All us fake nag

That's how politics are

Transparency is an abomination to Nigerian politicians

God help us all let do the right thing

Help me ask am ooo

Turstle of power in high places

Where is the job

Birds of the same feather

Does it mean the jobs are not on ground

We are having problems in this country...