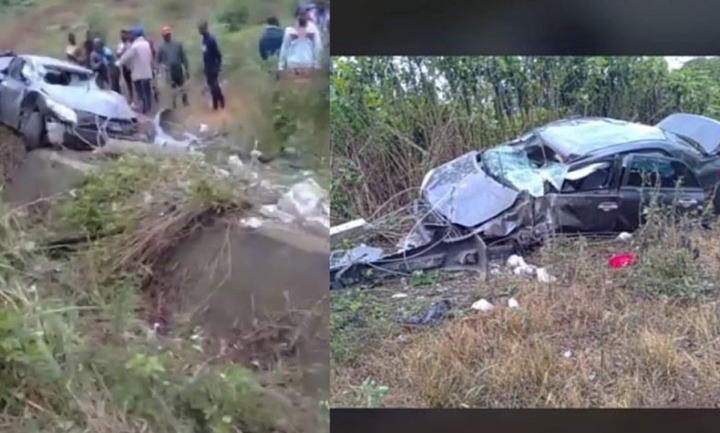 BREAKING: Pandemonium As SARS Kills 3 “Yahoo” Boys, Youths Riot (Graphic Video + Photos)View pictures in App save up to 80% data.
Three suspected internet fraudsters chased to death, while one other sustained injuries in a road accident allegedly caused by operatives of the Joint taskforce in Osogbo.

Meanwhile, Some youths have gone on rampage in Osogbo, capital of Osun State over the  alleged killing of suspected internet fraudsters by police operatives.

The Nation gathered some internet fraudsters were involved in an accident after hot chase by SARS operatives.

Two of them were said to have died in the accident and others injured.

To protest the alleging killing, youths numbering about 35, mounted bikes and started attacking commuters as well as traffic officers with dangerous weapons.

The waylaid a patrol vehicle of Joint Task Force along Alekuwodo area and destroyed it.

Those sars agents deserve to die

This is not the best way to punish them

And they are going for riot

Rather jailed them than killing

People that are just trying to survive

Our government of the day

Is God that we save us oo