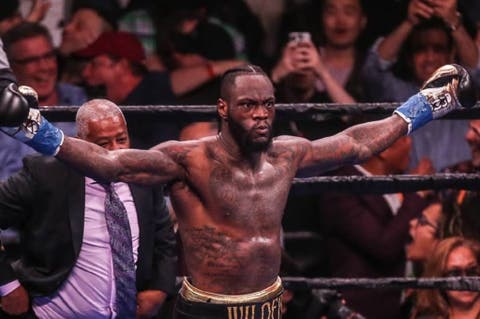 Last month’s shocker at Matchroom’s Fight Camp has created a shuffle of names in the WBC’s latest heavyweight rankings.

Dillian Whyte, who coming in was the WBC’s mandatory challenger and interim-champion, was brutally knocked out in the fifth round by Alexander Povetkin. While Povetkin captured the WBC’s interim-title, the sanctioning body president, Mauricio Sulaiman, made it clear that his victory over Whyte did not necessarily make him the new mandatory.

Coming in to the fight with Whyte, the Russian boxer was ranked at number nine in the WBC’s top ten. And the World Boxing Council had sanctioning the fight as a voluntary defense for Whyte.

Whyte had an immediate rematch clause, which he quickly exercised. The rematch is slated to take place on November 21 or 28.

In the WBC’s latest ranking, Whyte has fallen to the number five position in the top ten. Andy Ruiz sits at four, Luis Ortiz at three, Oleksandr Usyk at two, with Deontay Wilder remaining in the number one position.

With Povetkin’s victory, the WBC heavyweight champion Tyson Fury was freed from his mandatory obligation. Had Whyte come out victorious, then Fury would have been required to face him by February of 2021.

Based on the current situation, Fury’s co-promoter, Frank Warren, indicates that his boxer will not be tied to another mandatory until the final quarter of 2021 at the earliest.

Wait until fury gets his hands on him again.

Wow the March was fine

Congrats keep it up

Dis fight will be tough o

I celebrate with you

And so gonna win it