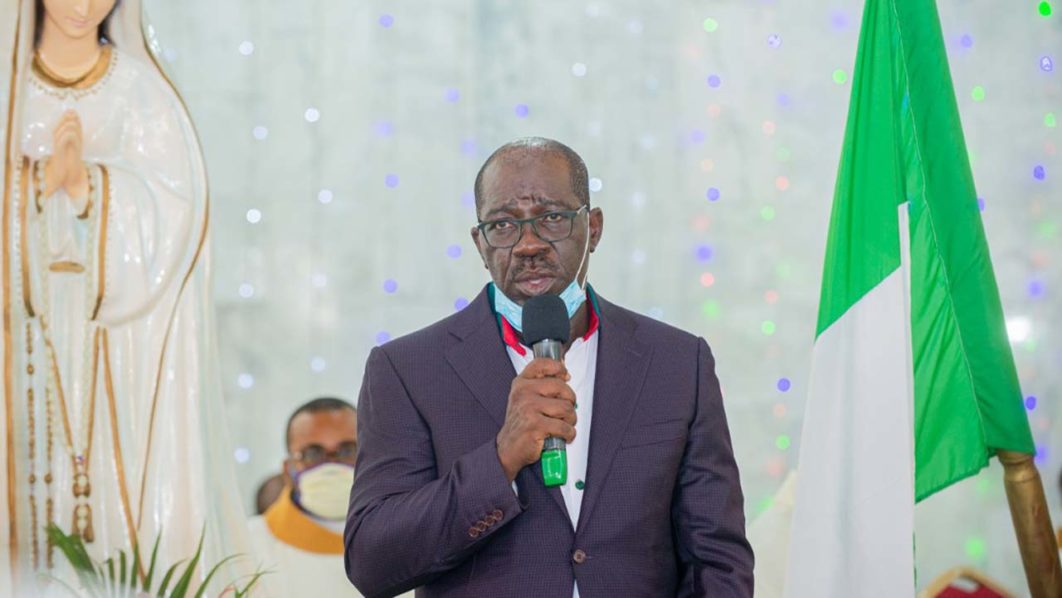 Edo State gubernatorial election billed for September 19, 2020 promises to be interesting amid trepidation and anxiety in the run-up to it. The vibrancy of the electioneering campaign lends credence to the axiom that Edo State is the heartbeat of the nation. The crowd in the campaign trails of the two leading contenders – Godwin Obaseki and Osagie Ize – Iyamu makes any forecast as to outcome of the election a difficult task. But such crowds are typical and the narrative is that many of the people are there to eke a living, disconnected from the issues being canvassed. Politicians take advantage of their inability to evaluate issues from an informed perspective and hence feed them with quixotic promises they know, realistically they cannot fulfill.

Herein is the fundamental problem of the Nigerian democratic system. For this election, the contentions are the empirical, in what governor Obaseki has done in the over three years in the saddle and Ize – Iyamu’s promissory notes encapsulated in his SIMPLE agenda. What is not controvertible is the general impression that Godwin Obaseki has worked to position the State as an investment destination by many of his policies across broad sectors- agriculture, education, industry, commerce, etc. He has put in place measures to promote agro-based value chain industrialization – Ethanol from cassava at Ologbo; expansive rubber plantation at Uronigbe for tire manufacture; massive rice farms at Agenegbode and Ilushi; massive oil palm plantations at Ovia South, Ovia North, and Ehor at Uhumhonde LGA. Through Public-Private Partnership he has put in place Independent Power Project at Ologbo; Modular refinery near completion also at Ologbo to facilitate industrial enterprises in the State. With regards to Gelegele seaport project, he has met the preliminary requirements in the provision of security infrastructure and equipment for the area with the construction of a Marine base and acquisition of gunboats for the police.

Obaseki has established a production centre to engage with different skilled workers in productive entreprises with guaranteed uninterrupted electricity supplies. Benin City is well known to have very large numbers of road networks many of which require attention. A sizeable number of the roads have, in the last three been rehabilitated by the governor. This is also the case across the State amongst other projects.

His focus on education beginning from the primary school is noteworthy and commendation in support of which the State recently received a grant of 75million US Dollars from the World Bank. Also of note is the focus on vocational education to facilitate skill acquisition and Small and Medium Enterprises. These efforts can only be appreciated against the background of a hitherto sleeping civil service State with just two breweries now awake to industrial and commercial activities with the potential for higher activities if current government policies are sustained.

But governance often suffers policy somersault and reversals once there is a change in the saddle. And this is the crux of the matter around which the Edo people must make a choice – Continuity of the on-going development programmes of the government or a Change to a SIMPLE agenda of Ize-Iyamu encapsulating nebulous will-o-the-wisp development promise in an economy in a quagmire. In contradistinction to what is a commonplace phenomenon in many States, the Edo State government has no outstanding arrears on salaries for workers and pensioners as well. Indeed they get paid regularly every month. Certainly workers and pensioners are not likely to take this for granted in deciding their choice of candidate in this election. A second factor in this election is the desire of Edo Central Senatorial district to produce the governor of the State in 2024, a desire that is better guaranteed by Obaseki who has only one more term to serve.

Edo Central, after Ambrose Alli, has not produced a governor for the State legally -speaking since 1983. Certainly, this is the undercurrent that will shape the decision of the political leadership in Edo Central on which of the candidates to support in this election. The antagonism that is palpable between the camps of Obaseki and Ize-Iyamu is exacerbated by the atavistic personality of Adams Oshiomhole who, having lost out as National Chairman of the All Progressives Congress is determined to ensure that Obaseki loses the gubernatorial election. He has demonstrated this in several ways by actions and utterances including rendering apologies for having marketed a bad product, in Obaseki, for his first tenure in office.

The extent to which he went in this regard, in prostrating and kneeling before Edo chiefs, as a former governor of the State, is infra dignitatem. It is not out of love for Ize-Iyamu notwithstanding the retraction of his previous vituperations on him. His continued presence on the trail of Ize-Iyamu is a disservice to him and contemptuous of the good people of Edo State whose collective intelligence and discerning spirit are being questioned.

A third factor in this election is the fear of the Federal Might, recognized, as the partisan role of security agents to secure a predetermined outcome of elections. It can also be recognized as the ultimate judicial pronouncements on litigations arising from elections, which pronouncements often disregard substantive matters in favour of technicalities, again to secure a predetermined outcome. There is something of a travesty in our electoral process that will not permit, so we are told, of corrections of arithmetic errors at collation centre as was evident in the Osun gubernatorial election but to be determined at the court of law.

In other words, a simple arithmetic error can be deliberately contrived and left for the courts to adjudicate on, ultimately to be subjected to all manner of technicalities. This is unwholesome and uncivilized. It raises a fundamental question as to the legal depth of drafters of our laws. Now, what should be the appropriate role of Mr. President in all of this? Should mundane politics take precedence over performance in governance? Shouldn’t the President encourage performing governors in the interest of citizens regardless of party affiliations? The same questions are applicable to governors and performing local government Chairmen. Nigeria cannot make progress where governance is not people –centered. It needs to be recalled that in the run-up for a second term bid by Oshiomhole, the late Oba of Benin had a closed-door meeting with President Jonathan only in Benin City, exclusive of his entourage, the outcome of which was not made public. But what was evident ultimately was that President Jonathan provided a level ground for the election and emergence of Oshiomhole for a second term. Therefore, for the Edo election, the minimum expectation from President Buhari is level ground to ensure that the people’s votes count. And for Edo people, the compelling question is: quo vadis? Please shine your eyes and vote wisely!

All we need is free  and fair election

Vote wisely for naija , no way cus money will be involved.

All we need is free

So he has been removed

We ooooo wawa na was,dey should just be

Why is second tenure now a political doctrine

They should give promises they can fulfill

All we need is performance not bragging

Free and fair election we need